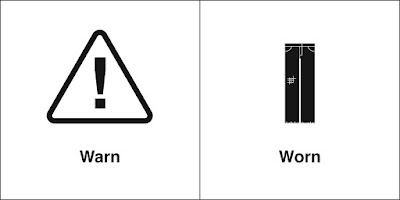 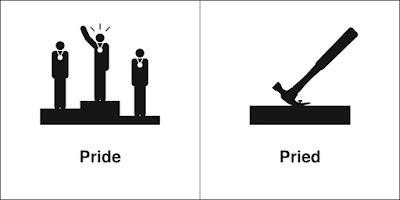 It's Homophones, Weakly's fifth anniversary today, and also its final day.
I've enjoyed this project immensely, as well as chatting with many of you about words-n-stuff over the years, but it's time for me to move on. I can't commit to weekly updates here anymore. I may revisit HW from time to time – after all, there are still plenty of homophones to get to. But I can't be your Sunday habit anymore...
Or can I?
I've been collecting lost/discarded shopping lists for years. (Shut up, it's not weird! And I'm not the only one who does it!) But it's finally time for me to do something with them! Starting today, I'll be blogging one list every week, accompanied by an illustration of the person I imagine wrote it. It's called Shoppers Unknown, and I'll be trying it out on Tumblr as well here on Blogger. I'll have links to it from Twitter, Facebook, and Ello as usual, too. (Jeez, suddenly this sounds like a lot of work...)
Anyway, the point is I'll still be drawing something for you every Sunday! I'll just be posting it over at Shoppers Unknown. I hope to see you there!
And here's our final pair of homophones, Callous & Callus, which pays tribute to HW's very first post on 3/6/2011.
-ous – (adj.) Mean, uncaring.
-us – (n.) Hard patch of toughened skin. 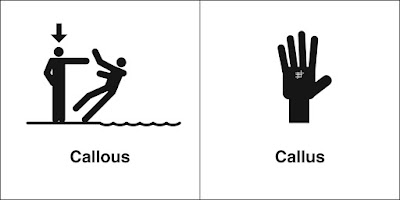 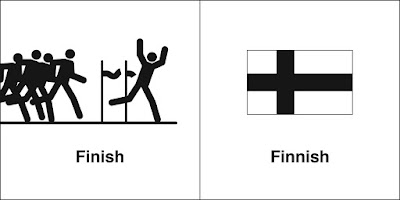 Right – 1: opposite of left. 2: correct.
Rite – ceremony, ritual.
Wright – worker, craftsperson.
Write – oh, jeez, just try to define writing, wouldja? Let's see... to communicate using visual/tactile symbols that represent words/concepts. Or something like that. Sheesh. If you're reading this, you know what writing is! 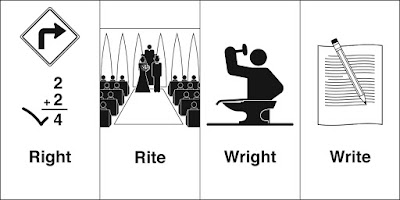 Not trying to be heteronormative here, just simplifying for visual clarity. 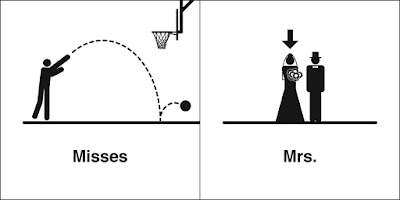 Guest – Knock, knock.
Guessed – Who's there? 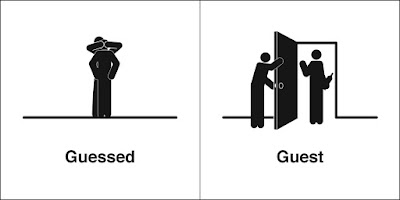 I know what you're thinking; but I wasn't gonna shill for some fast food restaurant here... 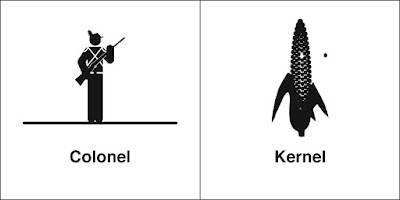 Without a T – a course of activity, such as a medication or exercise schedule.
With a T – a military unit. 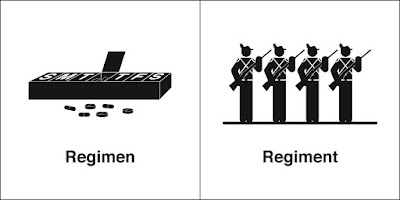 Email ThisBlogThis!Share to TwitterShare to FacebookShare to Pinterest
Labels: gun 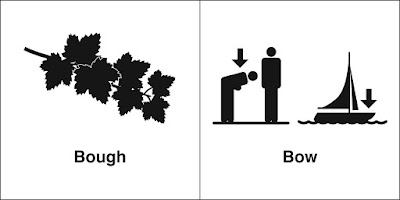 With an A – (n.) a hanging ornament, such as a piece of jewelry.
With an E – (adj.) describing something in the act of hanging, like a pendulum.
So, yes, by definition pendants are pendent. I know, it's confusing. And remember not to confuse them with a pennant, either.
Good luck! 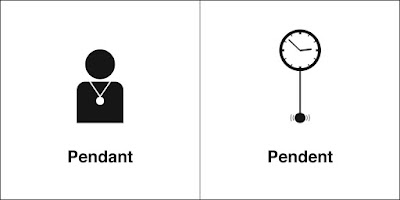 Email ThisBlogThis!Share to TwitterShare to FacebookShare to Pinterest
Labels: clock 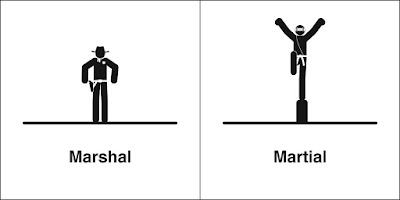 Email ThisBlogThis!Share to TwitterShare to FacebookShare to Pinterest
Labels: movies

Coroner: The victim's lungs appear to be filled with hair coloring.
Detective: What happened to him?
Coroner: He dyed. 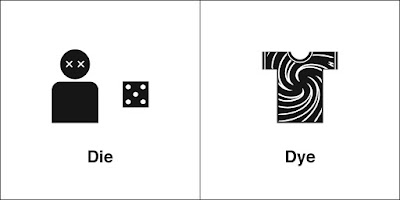